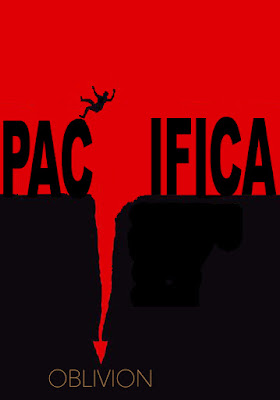 The following submission by KPFKcommentator is in response to our blog post "Maxie Looks Ahead". It is a further indication that the current WBAI program facelift is Foundation wide and regarded with a dash of skepticism.  At WBAI, Linda Perry is earning many merits for effort, but much on-air dross remains to be shredded for good. The sad fact is, of course, that Pacifica itself continues to plunge. CA

It is not clear if the new ED of Pacifica is responsible for changes [if not to WBAI in NY] then to the much improved and helpful KPFK website now. For years the same listed webmaster had no apparent interest in the LA station website and tho suggestions and complaints were made more than 1x, nothing happened there.
Surprisingly and not knowing where or how to attribute this improvement, it was viewed and noted. Further there have actually been some programs added, times changed - so what was dull, repetitive for over 300 years, has been 'changed'... whether that will help increase audience or donors shall never be known.
KPFK - as all Pacifica - continues to be the least transparent …or giving it's shareholders-stake-holders or donors feedback or any info whatsoever. For further info about WBAI's sibling station, commentary can be found here - FYI


It is always surprising that each Pacifica station pretends to be so independent and self-sufficient, until that WBAI fiasco put every station into danger/ debt/ difficulty.
Why is that ? 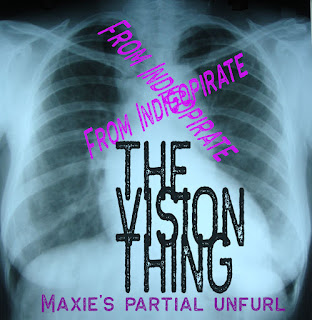 The forthcoming Auditor's Report will represent a Qualified Opinion, ie, it will reflect uncertainties reflecting the 'deteriorating financial state of the organization'.

The best efforts of NETA, the ED, the Auditor, et al, have failed to uncover any number of significant documents, eg, documentation re unpaid salaries, those documents concerning the real estate sale in Berkeley, etc, etc, etc.

Maxie presented a motion re underwriting to the Strategic Planning Committee Tuesday last.

The Pacifica National Board is to be restructured along lines which are both elected and 'slotted' per his criteria.

He is working to develop an annual virtual Pacifica Foundation Conference.

He is also working to put in place an interim or permanent National Election Supervisor, future elections to be paperless.

April through August will feature ~100 promos per week for Democracy Now!

All five stations now have access to Arbitron Data.

There is to be 'Must Carry' national programming in future.

Discussions are in progress for possible/probable carriage of BBC Programming.

As per the Executive Director's proposed/intended structural changes...

Below is an unsolicited response from Linda Perry, who has been with WBAI for a few years and currently has the very difficult—some say, impossible—task of upgrading the station's lapsed listenership to or beyond the level of intellect Pacifica founders had in mind almost seventy years ago.

The above listed Nielsen figures don't look hopeful, but there has been improvement. Still, tuning in continues to spew worn out, ill-conceived infomercials or the race-based rants of Mimi Rosenberg, the painful, hopelessly tattered remnants of a once culturally significant show hosted by Bob Fass, the shameless tabloid fantasies of Geoff Brady, or a plethora of self-serving audio Kool-aid by wannabe DJs, medical hacks, "spiritual" scammers and propagandists. The fact that the station's most worthwhile programs are retrieved from the Pacifica Archive really says it all.

Unless integrity and truthfulness are restored, WBAI (and its sister stations) will never again see decent Nielsen figures. As PD, Linda has made some notable improvements to the weekly schedule and I continue to encourage support of her efforts, but I still feel that WBAI's programming must undergo radical change if it is to overcome the damage inflicted upon it by years of misguided, incompetent management.

Clearly, we are not waiting for WBAI to die—that has already taken place.  We are, however, waiting and hoping for some sign of a turnaround, but that prospect is further dimmed by what looks like incompetence or, perhaps, willful negligence by the Pacifica National Board.

In all fairness, I realize that Linda's mission is probably made more difficult by having restricted rein, so I do not solely blame her for what appear to be shortcomings. I know for a fact that she reaches out for advice, which is a giant step in a direction not taken by the person who inexplicably remains in ultimate charge.

Although I right now am inclined to say of WBAI that it would be better dead than chronically dying, I think we owe Linda Perry our thanks for her effort and the following response.

Hi Chris, The Pacifica National Board’s Strategic Planning Committee was grappling with a motion at the meeting you posted for what would be a very big change for Pacifica. That is underwriting messages for increased revenue. The meeting was totally misrepresented by Spark News whose snarky comments add nothing to the conversation which i listened to in full. WBAI needs to change our funding model away from on air pitching into events and underwriting by reputable bonafide progressive organizations to have the revenue it needs to improve and grow. WBAI is driving this debate.

Our new ED Maxie Jackson describes the network as the progressive window on America’s conversations. He is putting best practices forward and trust in the five stations to administer this change. He wants to task the new local station boards to come up with suggestions for appropriate organizations for underwriting.  The original underwriting motion came from WBAI’s LSB & National Board member Alex Steinberg and committee members were working out details to his motion for an underwriting trial which would be presented to the Pacifica National Board. Other members are working to ensure that best practices are followed.  —Linda Perry, WBAI Program Director

When the CPB first came to be, Pacifica was disinclined to accept any CPB grants for fear it would be 'corrupted' and 'compromised' in its 'purity' and 'dedication to principle'. That 'purity' and 'dedication' of course did not preclude such things as its condemnation of Joan Baez for her criticizing the slaughter wrought by the government of Pol Pot or its support for the government of Grenada favored by Samori Marksman, sundry vicious left-wing regimes, etc.

Just so long as they weren't vicious right-wing regimes, you see :)

In time, however, Pacifica accepted the available funding and became dependent on it. Which posed a problem when Pacifica was so utterly incapable of accounting for its finances that it became ineligible.

To the mind of this anarchic pirate the key revelation was the simplest: With the notable exception of Maxie Jackson and Robin Smith, the members of the board are profoundly stoopid, inarticulate, and absolutely incapable of coherent thought or, arguably, of thought in any form.

Which is a charitable characterization.

So... if for whatever perverse masochistic inclination leads you to follow these nastiest, shabbiest, and ineffectual self-proclaimed progressives, we have here, heaven help us, an audio clip.

It goes on for forever and half-past forever and a bit more than that, but one may get the gist – if there may be said to be a gist – in the first ten minutes or so.

One prays that AOC shows them mercy when the time comes. Or perhaps not.

Justice would be nice 😎

Then again, when is there ever justice?

Anywhere, other than by random chance?

Consult with your friendly neighborhood pirate and get back to me on that one, okay?

Perhaps worth a listen...