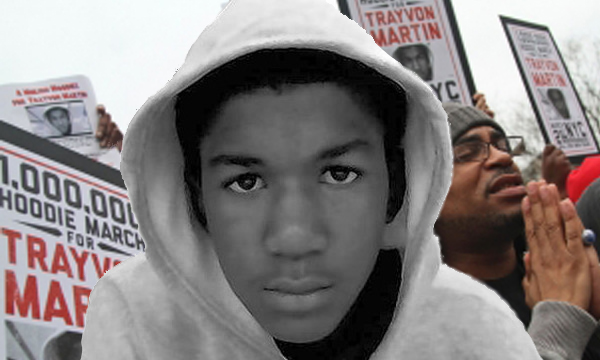 This morning I had the good fortune to wake up just as Dred Scott Keyes came on the air with his "Cutting Edge" program. I say, good fortune, because this turned out to be an hour of excellent radio of the kind rarely heard on WBAI these days.

The subject was depressing and infuriating: the killing of Trayvon Martin. As much as I have heard about this outrageous incident in recent days, none of the coverage comes close to giving as clear and concise a picture of the situation as the one produced by Mr. Keyes for WBAI, a station that has placed his program in exile. There was no copy room narrative, no interview with leading questions, no theatrical outburst, no input from the producer/host other than laying it all out and integrating it with occasional musical bridges. The music, too, was well chosen and understated—no obvious hit-them-in-the-head message songs with a life of their own. This is a first-class documentary presented tastefully, chronologically and entirely via expertly interwoven news footage—nothing else is needed.

Mr. Keyes knows what he is doing and he allows his work to speak for itself. No ego interfered with the task at hand—this was a program about Trayvon Martin's murder and the society that set the stage for it. As the host/producer, he identifies himself only twice—at the beginning and at the end. We hear the voices this incident has raised and we are left to draw our own conclusions. We are also left wanting to hear more as the story continues to unfold, and I think most listeners will want to hear it through the work of Dred Scott Keyes: straight and unembellished.

Unfortunately, WBAI's current management does not realize wherein the station's assets lie. They give prime air time to people like Bonnie Faulkner, Robert Knight, Geoff Brady, Jeannie Hopper, and a parade of amateur spiritualists and quacks, while dedicated, intelligent producer-hosts like Mr. Keyes and Prairie Miller are relegated to the dead hours. Of course, this unintelligent approach eventually creates more dead time, as listeners in search of substantive programing drop out.

And let us not forget such other exiled talent as Sidney Smith, Simon Loekle, and (to a certain extent) Ibrahim Gonzales, who all have a good grasp on the concept behind Pacifica, but lack the incentive to demonstrate it fully. Finally—and this is, I believe, very important—there is that rich, untapped resource known as New York City. Voices with fresh ideas and vision—extraordinary people in WBAI's listening area who have the creativity and intellect to once again make it a significant voice in the wilderness. They are left standing in the wings, unnoticed and unwanted by those who regard quality broadcasting as rivalry.

WBAI is a high-powered radio station with a world-wide reach, located in the middle of a beehive of intellectual and artistic activity, yet present management operates it as if it were KWRR in Ethete, Wyoming.

A relevant video:
Stopped, Frisked and Speaking Out from NYT The Local - Ft. Greene on Vimeo.
Posted by Chris Albertson at 2:46 PM No comments:

In October of 2010, one of WBAI's true assets, Louis Reyes Rivera, was arbitrarily discarded by an "interim" program director, Tony Bates, presumably with the approval of then "interim" manager, Berthold Reimers. It was just one more glaring move in what has become known as the "Halloween Coup." Reimers and Bates were allegedly sent to WBAI with a mandate to right the wrongs of their predecessors and get the station back on its feet. That has not what happened, instead, this inept, corrupt management team has dragged WBAI further down the economic ladder and all but destroyed whatever respect was left. They have turned the station into a prime outlet for conspiracy theorists and medical quacks, a station whose time spent on fund-raising is ever expanded and utilized for scams in which this management team and its cronies enthusiastically participate. The listener-sponsor, without whose generosity WBAI cannot exist, used to be respected by all who worked at the station—they were our lifeline, our raison d'etre—and that respect was mutual. Now most of the listeners have gone elsewhere for the intellectual stimulation WBAI no longer offers, and some have been replaced by a nomadic listenership in search of light entertainment or racially-tinted rhetoric.

Mr. Rivera passed away on March 2nd of this year, leaving us a rich legacy, but also much work undone. WBAI management had callously disrespected him, failing—in its deplorable ignorance—to recognize the importance of having contributors of his intellect and creativity on the air. Other valuable producer/hosts were also thrown off the air or relegated to reduced air time in after midnight limbo. They were replaced by pap, fraud and commercial promotion, ranging from the cut-and-paste work of Robert Knight, a delusional hack who had been tossed out by a previous management team, to the aforementioned quacks, tabloid-like exploiters of fear, and purveyors of bland poppycock that can be had all over the dial.

The reigning hypocrisy and deceit that has taken over WBAI in recent years is well demonstrated by pointing to the station's offer of condolences to Mr. Rivera's family. It appears on the official web site and includes part of an interview given to Neo-Griot, writer Kalamu ya Salaam's blog, last November.

The WBAI piece neither acknowledges the source of the interview, nor admits that their's is a convenient abstract. Here, then, is a link to that interview in its entirety, and a portion that WBAI did not want you to see. The orange text—reproduced here in its original place—is what was omitted by WBAI.
Although Mr. Rivera pointed out that his abrupt dismissal "had nothing to do with quality or performance," I believe it had everything to do with that—Louis Reyes Rivera was not someone whom they could manipulate or defang, he posed a threat to their systematic dilution of WBAI's program content.


In an interview on November 1st, 2010, Louis Reyes Rivera spoke of himself:

I just got a phone call yesterday (October 31) from the interim Program Director at WBAI (Tony Bates) informing me that, as of the week of November 15, 2010, I will no longer be hosting my weekly radio program.
I was informed simply that changes in programming were being made and that with the new grid (i.e., the programming schedule) in place, I was not on it and my program would no longer be aired.
I'd be allowed two final segments and that after the 15th, that's it.
I asked if I could be given a different time slot (my show airs from 2 to 3 p.m., on Thursdays).
The answer was a resounding, No!
You won't be on the air at all.
ab: Please tell us about the reasons for the firing and about your program on WBAI.
Louis: It's got nothing to do with quality or performance.
Having totally omitted the above (yellow) text, WBAI's site picks up Mr. Rivera's answer where it is safe:

"I've been at WBAI hosting a weekly show, 'Perspective,' for nine years with a focus on a blending of the arts and the social politic that drives the artist. With this format and a concentration on both poetry and Jazz, I've been able to interview poets, journalists, novelists, social activists, librarians, arts administrators and educators, promoters, social activists, musicians, composers, et al. 'Perspective' is the only Arts program that does this.

In addition, I'm among the very few producers with direct ties to performing artists, and I've produced a number of programs that featured contemporary poets, Spoken Word Artists, etc., as specials. I've had the youngest performers (as young as six years old) and among the elders in arts (as old as 86 and still working).

In effect, by the time WBAI would be finished with me, I'd have established a genuine oral history of this period in relation to both the performing arts and the social activism that drives them. In effect, throughout its nine-year stint, 'Perspective' has enjoyed a huge following (relative to the station's listener base) from the New York Greater Metropolitan Area.

As well, you should know that I have served as one of the five Shop Stewards of the Unpaid Staff Organizing Committee, the contractual union for all unpaid staff, for the past seven years. Please take note that the staff at WBAI consists of less than 40 paid employees covered under AFTRA and well over 200 unpaid employees who have no other bargaining voice outside of USOC. The overwhelmingly majority of those 200 are the producers and staff of the programs aired."

The entire interview can be found here.
Posted by Chris Albertson at 12:26 PM 2 comments: 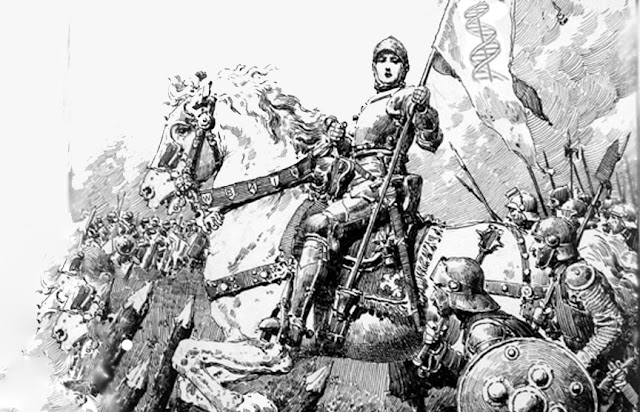 They have put aside the Bates bamboozles until the next full scale assault on Pacifica's principles is launched. It won't be long, I can already see St. Kathy of Davis mounting her steed, Hufnagel banner in hand, and a thoroughly Thandiwed™ Scott tape is being digitalized and transferred to a no-wear medium. Knight is re-studying the Beck instructional DVD, Faulkner and Brady have reached across the land and consolidated their never-ending search for undesired truth. The WBAI Special Effects Dept. has temporarily reassigned its phone ringers to the monumental task of weeding through the mountain of fresh misinformation proposals that each fund-raiser brings in the mail—whose scam will make it the next time? Will a perennial fraud suffer its final frenetic pitch?

In the meantime, there has been a return to business as usual. This morning, Habte Selassie and Dred Scott were no-shows—oh, it wasn't their fault, it was yet another IPD malfunction. Perhaps Bates was distracted by the Guinness people, who are said to be scouting the globe in search of the longest "interim." Mr. Bates is considered a major contender for that title.

Could we have a drop of that magic water for the horse? Although the wait will not be long, the weight can be backbreaking.
Posted by Chris Albertson at 12:56 PM 2 comments: