It is seven pages long and single spaced, but I think Tana de Gámez's 1969 farewell letter to Dale Minor offers a glimpse of what the Millspaugh management brought to WBAI. Unfortunately, you will be left with a "so what's new?" feeling, because the atmosphere of favoritism and "Lew Hill, who-o-o?" that Millspaugh and his gang initiated, persists. I know this a lengthy read, but if WBAI's past interests you, I think you might find it absorbing and somewhat clarifying when it comes to understanding why the station has been locked in on a downward path for so many decades.

Some of you will have experienced Frank Millspaugh up close and you probably know why I find so amazing the naïve adoration my current detractor on the blue board expresses. As I post more documents from the Millspaugh period, I think you will see why I say that WBAI's current attitude towards listeners has deep roots.

Finally, I should mention that the broadcast Tana refers to as the "Albertson bombshell" will be explained in future posts, one of which will include a complete transcript of the program.

Please don't hesitate to make comments (good or bad) and remember to click on the images for enlargements. 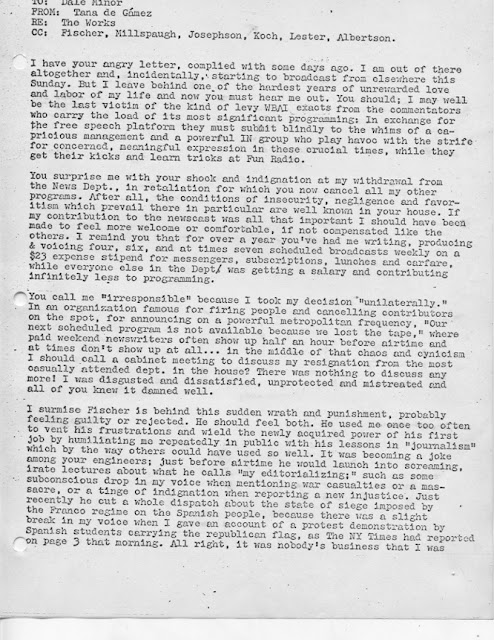 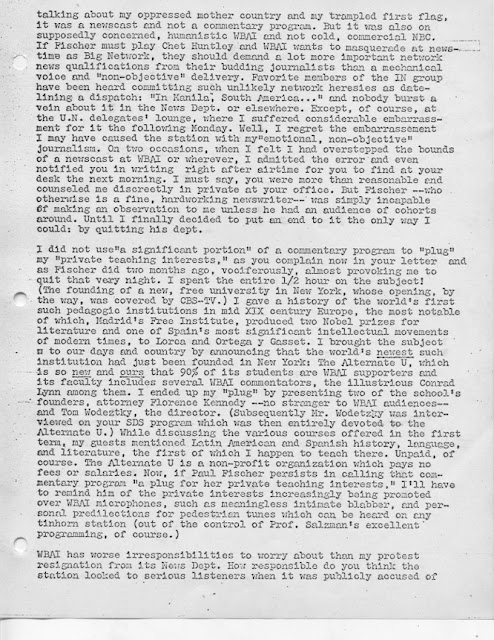 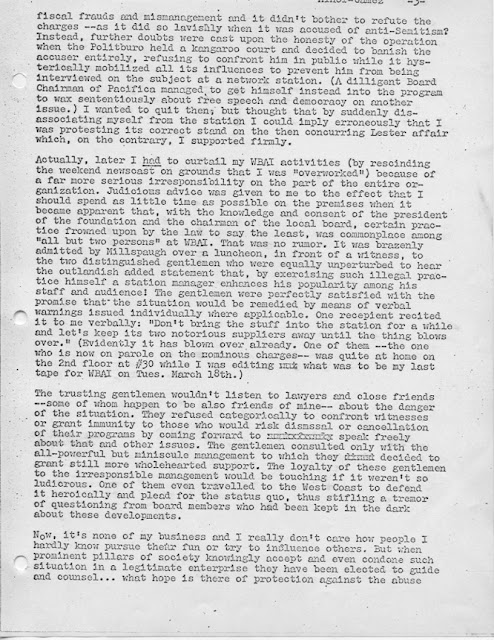 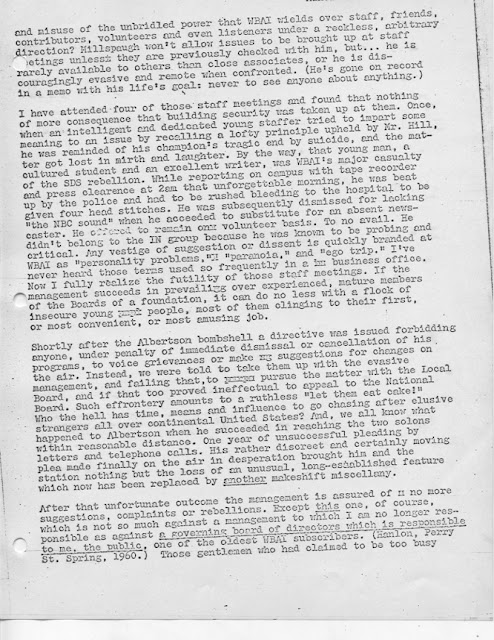 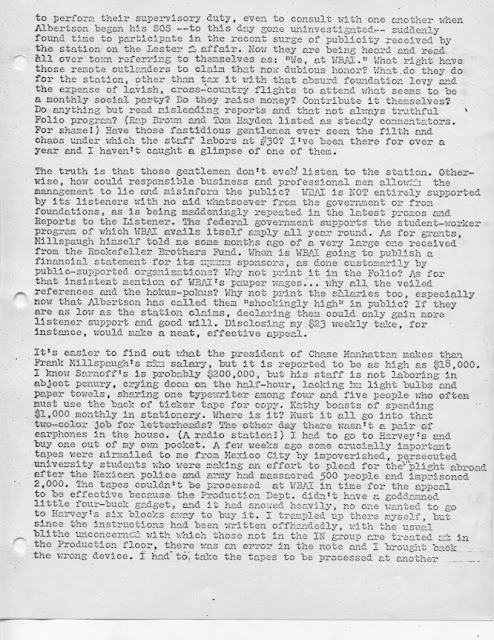 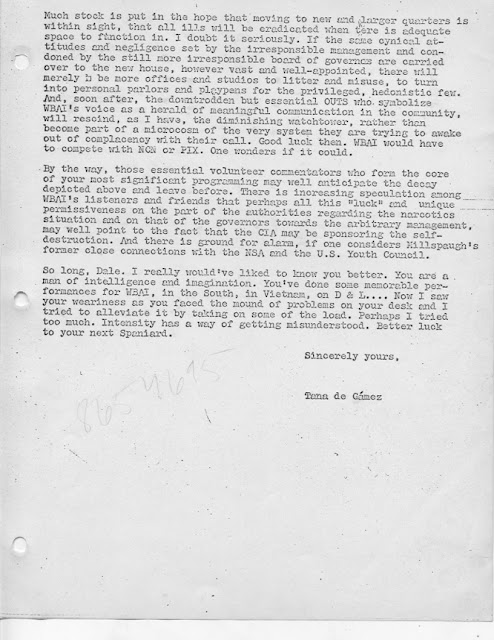 Posted by Chris Albertson at 12:04 PM No comments: 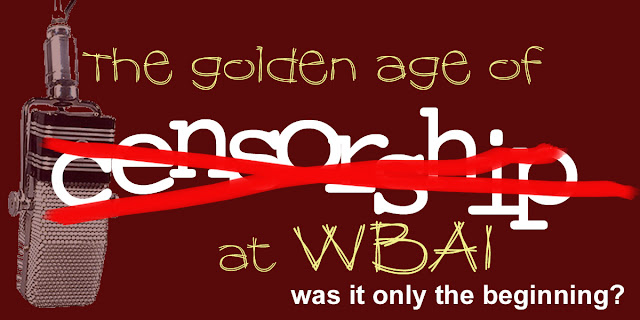 As I prepare the promised facts related to my leaving WBAI's air, I thought I would give anyone who is interested an idea of what was happening at WBAI in the late 1960s—the hostility, the censorship, the u-turn regarding Vietnam.

On one of my returns from London, where I was working at the BBC, I found letters from three WBAI producers who complained of having had their programs suppress. The three were Barbara Dane, Bob Bisom and Tana DeGamez. They were, as it turned out, not alone. Here is a 1968 letter to Millspaugh from Charlotte Polin. You are probably not familiar with her, but she was on the wrong side of the State Department and, as you will see, astounded to discover that WBAI was making a u-turn.

The link below should give you some perspective on Ms. Polin, followed by a her letter to Frank Millspaugh and a second letter to me. Producers who experienced censorship at WBAI tended to come to me for help, although I was no longer connected in any official way. They saw how radically WBAI's policies changed under Millspaugh. It is interesting to note that Hallock Hoffman hired Millspaugh strictly on the recommendation of Chris Koch, who allegedly was persona non grata at Pacifica for having taken a trip to Hanoi. We found out later that Chris and Frank had both been U.S, delegates to a Peace Conference in Helsinki and that all members of the U.S. delegation were, in fact, working for the CIA. Hmmmm (am I beginning to sound like Bonnie Faulkner?)

Be that as it may, here is the link re Ms. Polin, followed by her two letters. Her experience with both Dale Minor and Bookchester (I never met him) is eerily similar to Barbara Dane's, and both had to do with the National Liberation Front. One wonders how Chris Koch's trip to Hanoi plays into all of this—there is certainly something very hypocritical and suspect about it.

Here is the link re Charlotte Polin.

And the letters (don't forget to click on images for readability): 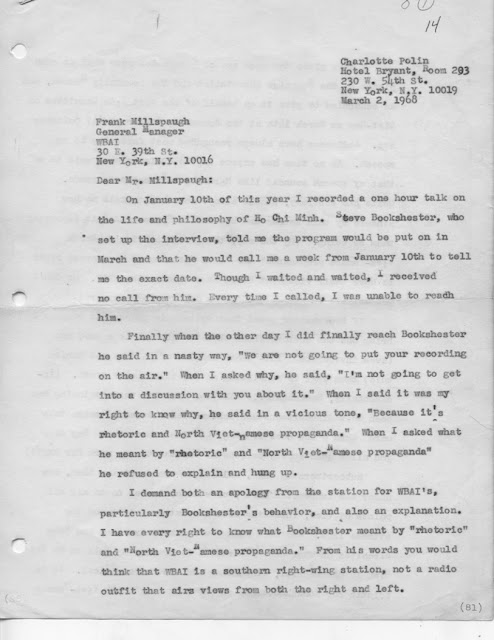 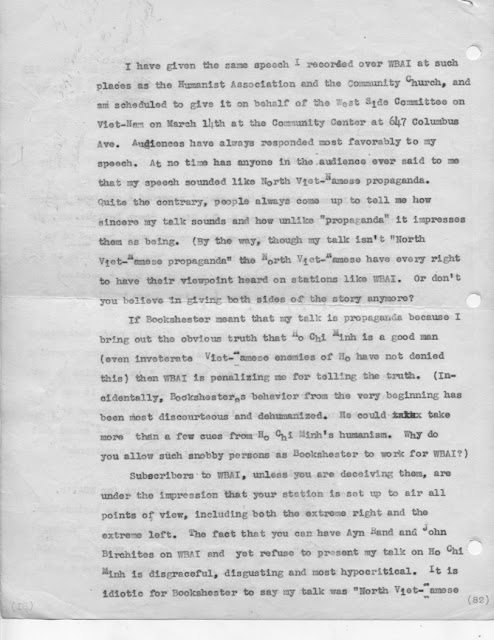 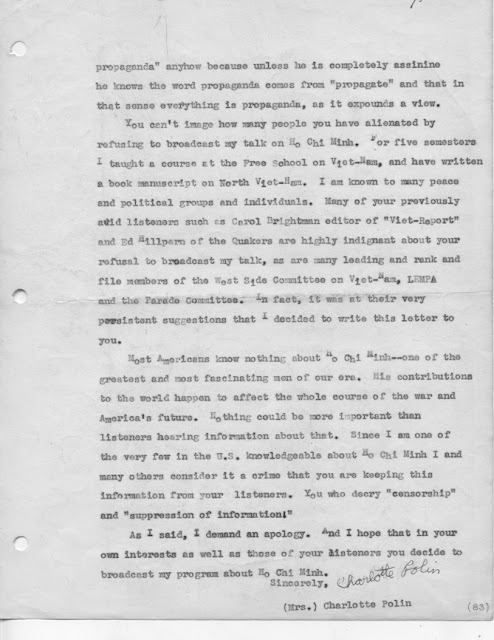 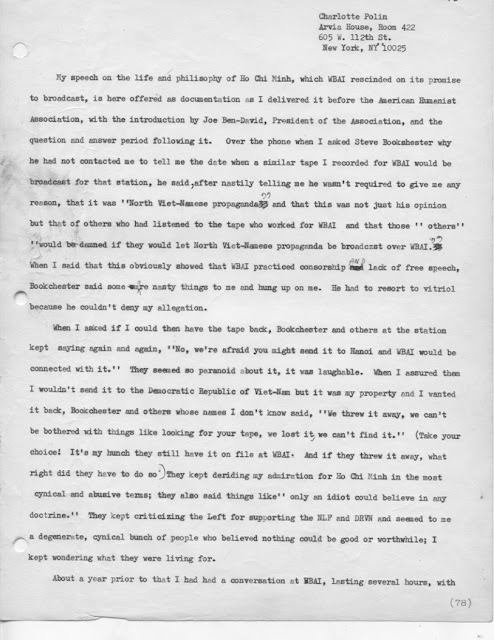 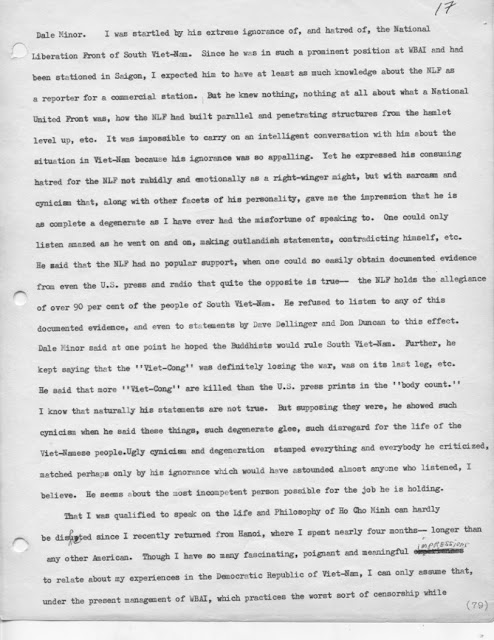 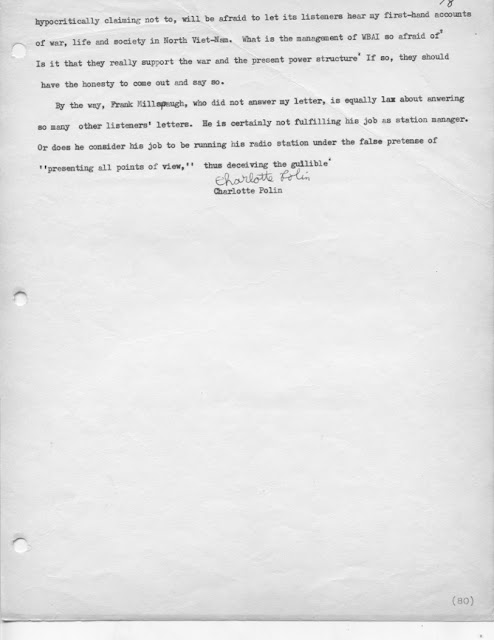 Final note on this post, the experiences Ms. Polin et al had regarding censorship at WBAI occurred during a period Knight shill Pamela Somers has described as some sort of "golden age", a time when the station—having gotten rid of me—blossomed!

I tried, repeatedly, to instill in her the merits of telling the truth.

If you wish to comment on the above, please use the option below. There will be a slight delay for moderation, and you can thank Somers for that.

Much more to come.


Posted by Chris Albertson at 11:18 AM No comments: